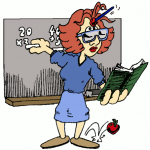 In an article from The Atlantic; Miles Kimbal and Noah Smith  expound on the subject of basic math skills. (and the myth of inborn math ability):   Basic ability in the subject isn’t the product of good genes, but hard work.

Quartz: “There’s one key difference between those who excel at math and those who don’t”

Kimbal and Smith discuss a pattern in which young students engage in destructive behavior:

“Again and again, we have seen the following pattern repeat itself:

The “entity orientation” that says “You are smart or not, end of story,” leads to bad outcomes—a result that has been confirmed by many other studies. (The relevance for math is shown by researchers at Oklahoma City who recently found that belief in inborn math ability may be responsible for much of the gender gap in mathematics.)