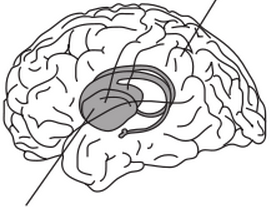 In today’s BBC Health news:  there was a great article about new research, describing how sleep helps the brain.  The research suggests that ‘Sleep boosts brain cell numbers‘.    Getting enough sleep may have benefits: beyond what was previously thought.

When sleep boosts your brain cell numbers, you might live longer.    You might avoid disease,  or other problems.   This research provides yet another reason that getting plenty of sleep is probably a good idea.

In addition,  the article mentions other outcomes of sleep:

Sleep ramps up the production of cells that go on to make an insulating material known as myelin which protects our brain’s circuitry.

The findings, so far in mice, could lead to insights about sleep’s role in brain repair and growth as well as the disease MS, says the Wisconsin team.

The work appears in the Journal of Neuroscience;

Abstract: Effects of Sleep and Wake on Oligodendrocytes and their Precursors

Previous studies of differential gene expression in sleep and wake pooled transcripts from all brain cells and showed that several genes expressed at higher levels during sleep are involved in the synthesis/maintenance of membranes in general and of myelin in particular, a surprising finding given the reported slow turnover of many myelin components.

The article was also just mentioned in this discussion on Slashdot.